the PFI was conceived by FEPSAN under mandate from His Excellency President Muhammadu Buhari to help strengthen the fertilizer industry. The goal was revive local blending in Nigeria by supporting our ailing industry which in most respect was moribund. It was kick started with the signing of the Supply Agreement between OCP and FEPSAN in 2016 in the presence of King Mohammed VI of Morocco hosted by His Excellency President Muhammadu Buhari GCON.
In several respects the PFI has succeeded in attracting private investments in blending plants that has improved from 11 in 2017 to 44 in 2021.
The Fertilizer Quality Control Act (2019) was signed into law to protect genuine investors and farmers from adulterated and sub-standard fertilizers.
Improve capacity of blenders to access finance for running their business.
In view of the foregoing the Presidential Directive on restructuring has necessitated the signing of a fresh agreement that captures the present realities. This ceremony took place in Morocco on the 2nd of March,2021.  Signed by the President of FEPSAN, OCP, Managing Director NSIA and witnessed by Chairman PFI His excellency Alhaji Abubakar Badaru Executive Governor of Jigawa State.
Also, the OCP-NSIA agreement on the set up of a Basic Chemical Plant to produce DAP in Nigeria was signed. This was done in the presence of Chairman OCP Mr. Terrab Moustafa and leader of the Nigerian Delegation to Morocco Mr. Timpre Sylva Honorable Minister of State for Petroleum Resources, as well as  the Executive Governor of Akwa Ibom State His Excellency Mr. Emmanuel Udom , GMD NNPC,  MD GACN and Mr. Mohammed Hettiti of OCP Nigeria. This project will see phosphoric acid shipped from Morocco for DAP production and the shipping of Ammonia to OCP Morocco. The Project site is Akwa-Ibom State.
Due to Covid-19 state guidelines, the participation was significantly reduced as can be seen. 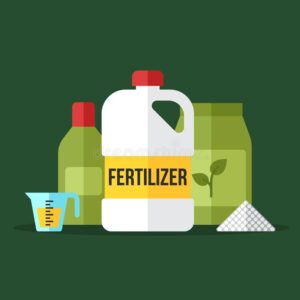